In this video you can see a very unique and rare Jaguar XK180 D-Type! It was hand-built in the company's Special Vehicle Operations (SVO)!From the Jaguar press release:Inspired by the great Jaguar roadsters of the fifties and sixties, the Jaguar XK180 was hand-built in the company's Special Vehicle Operations (SVO) workshops at Browns Lane in Coventry. Although not intended for production, the concept car is based on a shortened version of the supercharged XKR convertible, which was introduced earlier this year. The all-new bodywork, hand-made in aluminium, follows a styling theme that combines influences from past Jaguars with completely modern styling. The AJ-V8 power unit is modified to produce 450 horsepower and the brakes, wheels and suspension are upgraded to match the engine's performance.A system of fingertip gear-selection by controls mounted on the steering-wheel, developed by Jaguar specially for this project. The detailed attention paid to the car's mechanical specification underscores Jaguar's philosophy that concept cars should not be just static showpieces but fully engineered vehicles. Many of the engineering features incorporated into XK180 have been road and track tested on a fully instrumented engineering prototype.The lines of the car are the work of Keith Helfet, a senior designer at Jaguar and best known for his work on the XJ 220. Helfet's brief was to celebrate the fiftieth anniversary of the introduction of the XK series and he drew Influences from a range of XK-powered machines, notably the D-Type. The result combines echoes of past racing Jaguars, in the shape of its rounded nose and the headrests behind the seats, and such unique Forms as the 'double-bubble' windscreen.The aluminium body panels were all formed by hand and assembled at Abbey Panels of Coventry. Abbey Panels Ltd. is an old-established Coventry company with long associations with Jaguar. Among many other projects, Abbey Panels have collaborated with Jaguar on the construction of the Le Mans-winning C and D-Types, the legendary XJ13 prototype and the XJ220.From Abbey Panels the aluminium body was shipped across Coventry to Jaguar's Special Vehicles Operations Department (SVO) at Browns Lane. Here. Mike Massey, Manager, SVO, Gary Albrighton, Principal Engineer and XK180 Project Manager and their team shortened the wheelbase of the XKR platform by five inches (125mm) to accept the new body style.Development of the XK180's engine was carried out at Jaguars Engineering Centre at Whitley, Coventry. The engine was modified by increasing the supercharger speed by 10 percent and this, together with modifications to the intercooler, induction and exhaust systems, raised the maximum power of the 4.0-litre unit from 370 bhp in standard form to 450 bhp.The standard five-speed automatic transmission of the XKR and the 'J-Gate' have been modified to incorporate a sequential gear selector system controlled by push buttons on the steering-wheel the selected gear is indicated by a fascia mounted gauge.The XK180 suspension is based on that of the XKR, with racing-style aluminium shock absorbers incorporated in the coil spring/damper units. The suspension was developed within SVO with assistance from ride and handling experts at the Whitley Engineering Centre. The Brembo braking system, with aluminium four pot callipers, features 355 mm x 32 mm cross drilled ventilated front discs and 315mm x 28mm cross drilled ventilated rear discs. The unique-styled, two-piece aluminium wheels are the largest ever fitted to a Jaguar. The wheel rims are twenty inches in diameter, and are nine inches wide at the front and ten inches wide at the rear. They are fitted with super-low-profile Pirelli tyres - 255/35 ZR2O Pzero Direzionale at the front and 285/30 ZR2O Pzero Asimmetrico at the rear.The XK180 concept car progressed from an idea to a running reality in a little over ten months. Skilled craftsmen from the company's Special Vehicle Operations Department, working closely with a small group of stylists and engineers who could be spared from Jaguar's intensive new model development programmes, had just forty two weeks to complete the concept car in time forthe Paris Motor Show. Time and resources may have been limited, but energy, enthusiasm and pride were available in abundance, and the XK 180 roadster can take its place alongside such illustrious forebears as the XK 120 record-breakers, the D-Type and the XJ220.Liked the video? Click the 'like' button, comment, and subscribe!Follow me:Subscribe: http://www.YouTube.com/GUMBALFACEBOOK: http://www.fb.com/GUMBALTVINSTAGRAM: http://www.instagram.com/GUMBALTVTWITTER: http://Twitter.com/GUMBALTVhttp://www.gumbal.tv 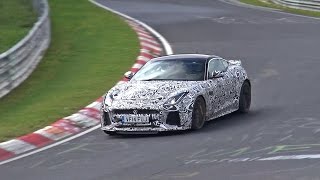 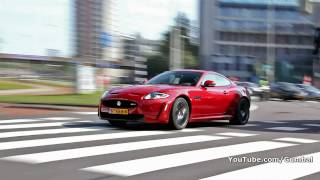 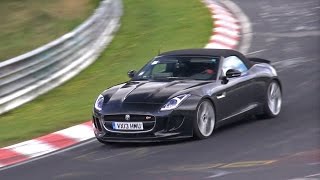 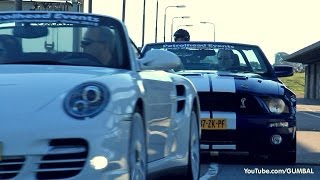 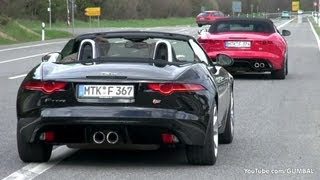 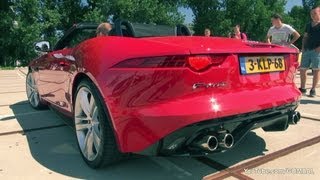 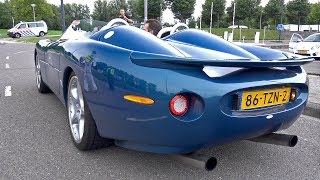 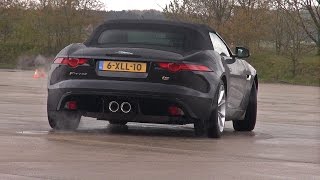 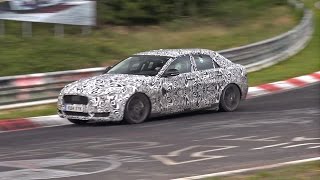 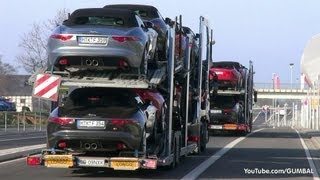 Which 'Best of' video do you want to see next?